Karen became a Front Street volunteer, dog handler and dog foster in June 2016, after losing her senior bulldog, earlier in the year. She wasn't ready to get another dog, but wanted to give back, and try her hand at fostering. She took her first foster dog home, in September 2016, had many memorable experiencing before falling in love and foster failing with her eighth foster, Jean Luc Picard. When Amanda came to speak at the shelter, and asked for help to keep the P.I. going, she joined the board as the social media chair and has been a P.I. dog handler since February 2017.  When she's not volunteering for Front Street, Pawsitive Impact, she enjoys working out, hiking, spending time with friends and family, and has recently joined another NPO, that helps raise money and awareness for the FSAS dog foster program. Karen works as the It Coordinator and Trainer for the Lewis Brisbois law firm. 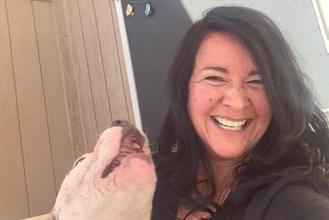 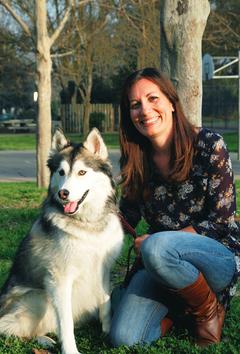 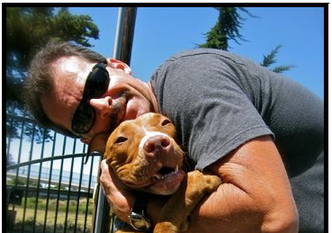 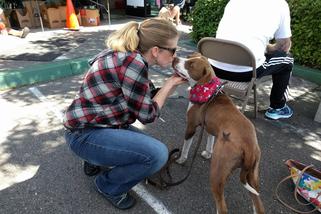 With a family full of public servants, it is no surprise that our Secretary, Jennifer, loves to volunteer. When she learned that Pawsitive Impact served two of her favorite causes, at-risk youth and dogs, she had to step in and serve. A Registered Nurse by day, she works so her Front Street Alumni dog Dexter can have a better life. Aside from doting on her dog, Jenny enjoys spending time with her family, camping, banjo playing, gardening, and volunteering for Breast Cancer causes. 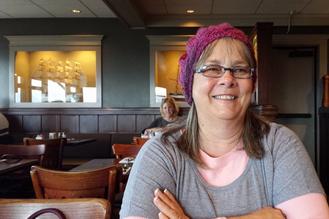 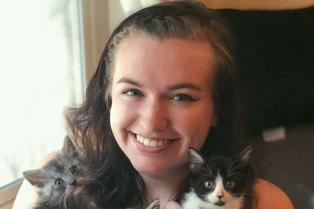 Phyllis has been with Front Street Animal Shelter, for many years, as a volunteer, Advanced Dog Handler, and dog foster. You may have seen her at the Petco on Arden, where Front Street has their adoption center. Phyllis has volunteered and been an adoption counselor, at the shelter's annex since it opened, three years ago. She signed up to be a dog handler for Pawsitive Impact, and also joined the Board of Directors, as our Treasurer, after hearing Amanda's plea for help, to keep the program going, after the former President needed to resign.

"I recently graduated from Sac State with a BA in communication studies (public relations). During the process of earning my degree I decided I wanted to put it to use by helping the people and animals in my community. I am currently an intern at the Front Street Animal Shelter and foster both cats and dogs. I joined the Pawsitive Impact team in 2018 and look forward to helping the organization grow and touch as many lives as we can!"

Ron has volunteered at animal shelters for over 10 years, learning about specific dog breeds and behavior traits, of those breeds. Ron became passionate about dog training after learning about the cycle of unwanted and lost pets finding their way to the shelters, due to owner neglect and undesired behavior issues. Realizing that fewer dogs would end up in the shelter, if more pet owners had the basic obedience training necessary, to make their dogs livable at home, Ron enrolled in dog training classes and has continued his education for the past six years, while educating both pet owners and dogs, with basic training skills. In 2015, Ron learned about the Pawsitive Impact ALPHA program, understanding the significant benefits of paring at-risk youth with at-risk shelter dogs, Ron knew he wanted to be a part of the valuable program. Ron’s dedication to the ALPHA program is clear, he assisted the organization’s head trainer Pam Frances-Tuss, to get the program sustained, coordinated with the program founder Amanda Banks to expand the ALPHA program, continues to participate in the roll of dog trainer, and served as Vice President, on the Board of Directors, before being appointed to the position of Executive Director.

Amanda has been a public educator in Sacramento for over 10 years. She received both her bachelor's degree and teaching credential from California State University, Sacramento. As a teacher, she witnessed the challenges and struggles that many urban students face.  The most rewarding part of her job as an educator was mentoring at-risk students and providing them guidance through their daily hardships.

Amanda and her husband, Keith, share their home with their shelter rescued cats and a dog.  Their husky-mix, Talia, actually helped inspire Amanda to create the ALPHA program. Talia had been wandering the streets of Sacramento and one day managed to walk into Amanda's classroom full of 6th graders.  The dog was underfed, and had some medical issues as a result of fending for herself.  Despite these issues, this beautiful dog immediately warmed up to Amanda's students and walked around the classroom showing everyone affection.  The students, even the toughest kids in the class, were extremely compassionate and showed true concern for the dog's well being.  Amanda noticed a connection between her students and the dog. She had never seen some of these students exhibit such empathy before. After many unsuccessful attempts to find the owner of the dog, Amanda and her husband decided to make the husky a permanent member of their family and named her Talia. Her students were thrilled to know that the dog had a permanent and happy home.

Amanda had dreamed for years, of combining her passion for helping at-risk youth and love of animals, and that finally became a reality with Pawsitive Impact.